Home / Blog / What Are The BC Liberals Thinking?! 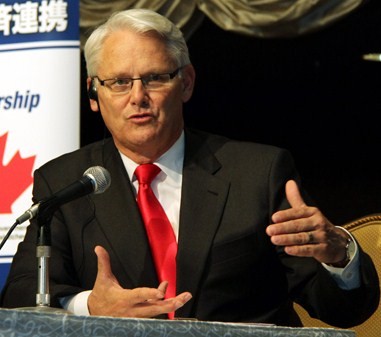 What Are The BC Liberals Thinking?!

The BC Liberals have fallen into the Guergis-Jaffer trap.  That is, they started to believe their own press.  Whereas Helena Guergis and her husband epitomized ‘entitlement’, the BC Libs have long thought themselves ‘omnipotent’.  I call it the ‘we are so far ahead of the NDP in the polls, that we can do anything and get away with it’ syndrome.  Boy, did they get THAT wrong with respect to the HST!   Not only are the majority of British Columbians up in arms, the NDP poll to a substantial lead.  The Libs mistakenly thought that despite pre-election campaigning on the ‘no HST’ platform, if they introduced the tax when they were back in power and at the beginning of their term,  it would eventually be forgiven and forgotten.  WRONG!  Gordon Campbell et al must be SO pissed at their spinmeisters right about now!

I am constantly amazed at how our politicians at all levels constantly and consistently, misjudge the Canadian electorate.   Somehow, when our elected officials make their way to our municipal, provincial and national capitals, they leave behind along with their moral courage and honesty, any memory of being your normal tax-paying Canadian voter.  As a people, we are all fairly intelligent, have normal memory powers, are cynical enough not to be often duped . . . . and yet . . . and yet, here we go again.  Oh Gordon, Gordon, Gordon.  There you sit in your finely appointed office in the beautiful legislative buildings, overlooking Victoria’s Inner Harbour.  May I strongly recommend that you get out of that cloistered environment and take a stroll downtown, talking to the people you are beholden to – the electorate.  How could you and your minions have EVER thought, even for one second, that you could (A) get a way with breaking such a large campaign promise and (B) believe that by putting the HST issue out there at the beginning of your term, we would either miss it or forget about it?

Now unbelievably, British Columbians are contemplating the creation of another political party!  Do you get it yet?  This is SERIOUS!  For once, Gordon, for once, step up to the plate, suck it up, put yourself out there, TELL THE TRUTH!  Change your mind!  Create a ‘win win’ situation, by still having the HST but at a lower rate of 10 percent.  If I can think of options, why on earth can’t you??

PS – Do You Think The Taliban Are Laughing At Us?
Why Does Africa So Grip My Soul?